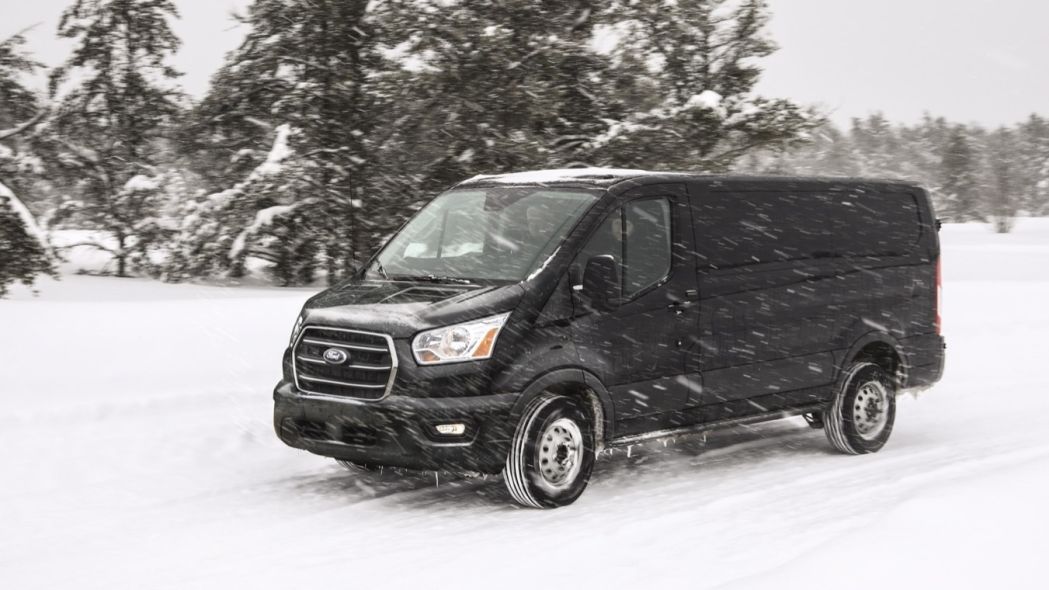 With the 2020 model year come big changes for the Ford Transit van. Compared to the 2019s, the 2020 Ford Transit will have a pair of new engines, a new automatic transmission, and some other goodies baked in. More interestingly for folks in areas with severe weather is available all-wheel drive, which is only paired with the gasoline models. Lastly, there’s a new configuration for carrying gear and people, the Crew Van layout.

Let’s start with powertrains. A few are no longer with us: the 3.7-liter gasoline V6 and the 3.2-liter I5 diesel are gone, replaced by a 3.5-liter PFDi V6 and a 2.0-liter EcoBlue turbodiesel, respectively. A couple notes about the PFDi V6: It’s the first implementation of the 3.5 PFDi in Ford’s lineup, and the PFDi tech itself (which uses both port- and direct-injection) is the subject of a lawsuit by MIT professors alleging that Ford stole the tech.

The EcoBlue turbodiesel, on the other hand, is a European-developed engine that’s been used it the Transit abroad since 2016. Interestingly enough, this engine is also found in rest-of-world Ford Rangers, like the Ranger Raptor (in twin-turbo form). It’ll be this engine’s debut in the U.S., as well. Ford hasn’t released specs on either engine at this point. 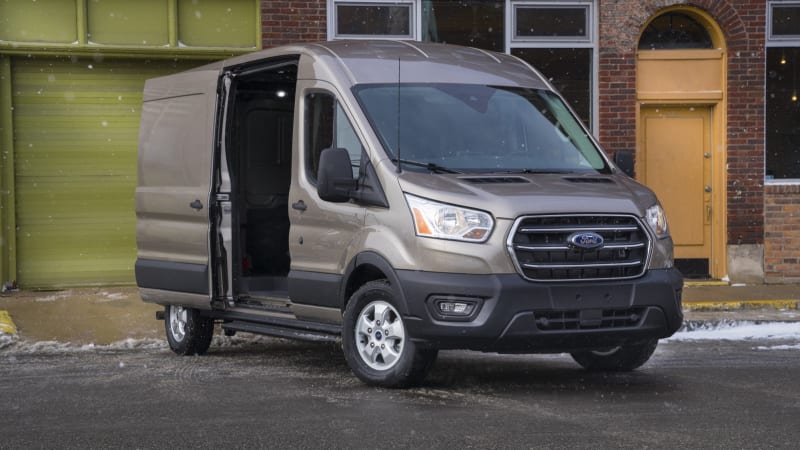 The other big powertrain addition is all-wheel drive. The Transit we’re familiar with in the U.S. is a front-engined, rear-drive setup. But abroad, it also comes in front-wheel drive (technically the different Torneo Custom/Transit Custom version) and all-wheel versions. With the 2020 Transit, for the first time here you can option it with all-wheel drive in the States. It’s still rear-drive-based, but capable of sending up to 100 percent of the torque to the front wheels to prevent slippage. This system doesn’t alter the load floor or seat height. All engines and drivetrain layouts send power through the now-common 10-speed automatic, co-developed with GM and found in just about every recently introduced or redesigned model large enough to house it.

A new interior layout is available, based on customer feedback — the Crew Van. It features two rows of seats, for a total of five, with side airbags for all passengers. Behind that, there’s room for more gear, and it splits the difference between the pure cargo and pure passenger layouts. The chassis cab and cutaway versions round out the lineup. A new power sliding door can be optioned with cargo or passenger van variants. Drivers also get some new tech, including standard Pre-Collision Assist with automatic emergency braking, pedestrian detection, forward collision warning, post collision braking, lane-keeping assist, and auto high beams. Adaptive cruise control and an adjustable speed limiter are among the new options.

Not all of the towing or capacity specs have been revealed, but chassis cab and cutaway models now get an increased GVWR — 11,000 pounds, up from 10,360.

Sorry, the comment form is closed at this time.

This website uses cookies to improve your experience while you navigate through the website. Out of these cookies, the cookies that are categorized as necessary are stored on your browser as they are essential for the working of basic functionalities of the website. We also use third-party cookies that help us analyze and understand how you use this website. These cookies will be stored in your browser only with your consent. You also have the option to opt-out of these cookies. But opting out of some of these cookies may have an effect on your browsing experience.
Necessary Always Enabled
Necessary cookies are absolutely essential for the website to function properly. This category only includes cookies that ensures basic functionalities and security features of the website. These cookies do not store any personal information.
Non-necessary
Any cookies that may not be particularly necessary for the website to function and is used specifically to collect user personal data via analytics, ads, other embedded contents are termed as non-necessary cookies. It is mandatory to procure user consent prior to running these cookies on your website.
SAVE & ACCEPT
Book a Demo
Get Pricing

Have a commercial vehicle but don’t know where to start with the upfitting?

Arrange an In-Person or Live Virtual Demo of the products and solutions we offer and together we will create a package that suits your business and minimizes your overall costs.